Well THIS is super late, you know, for a change. It's been a while and I'm trying to catch up on a few things I should have posted ages ago. First up: Art Camp! I hosted a series of camps last summer, instead of the one traditional week. These are the highlights from the screen printing projects the kids made on fabric, as well as some hand sewing and melty-bead things. 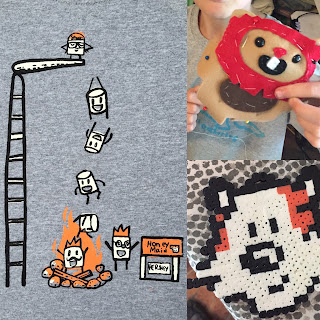 The high-dive/camp fire/s'more nirvana shirt was designed and drawn by a very talented fourth grader, and it turned out awesome, from concept to print in a few days. 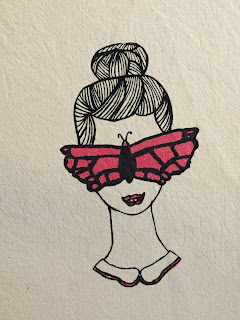 The girls from years past returned with sketch-books at the ready and executed some very cool two and three color prints. These were printed on canvas, which we then sewed into tote bags. 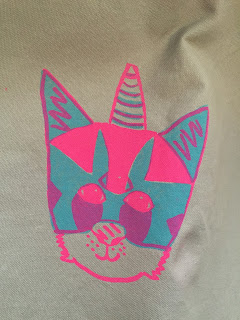 The giraffe design was a paper cut-out (which was grueling, but totally worth it!). It was printed on a shirt, but the artists and I agreed that she should go ahead and make five-or-ten prints on paper, because it turned out so great. 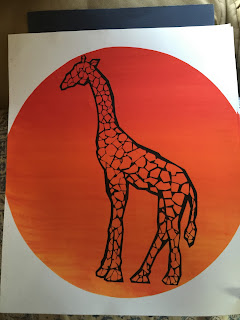 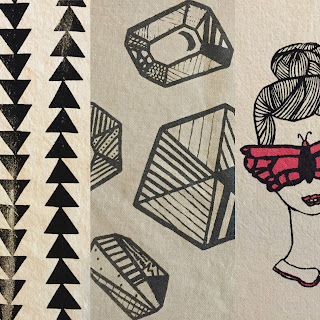 Another camper borrowed the big sun from the giraffe designer and used a pineapple I had designed for a friend to make this cool shirt. 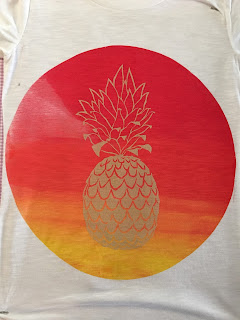 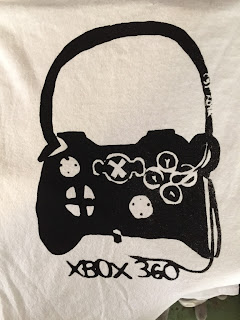 The final project of the week was to design a print or pattern with me, and then make a one-of-a-kind drawstring backpack. Martha (the beautiful and talented wife) had to lead that half of the project, of course, and they turned out great. 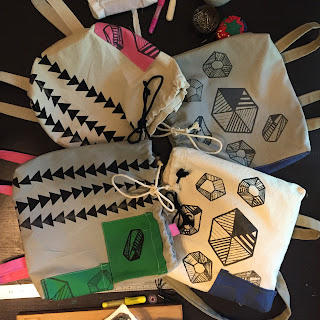