Somehow I never posted either of the poster designs I did last year for Adventure Stage, a Chicago theater troupe targeting thoughtful young adults and older children. They do two or three productions a year, and I was lucky enough to have known a few of the people involved through my other life as a preschool teacher. Here are the posters for Six Stories Tall and Augusta and Noble. 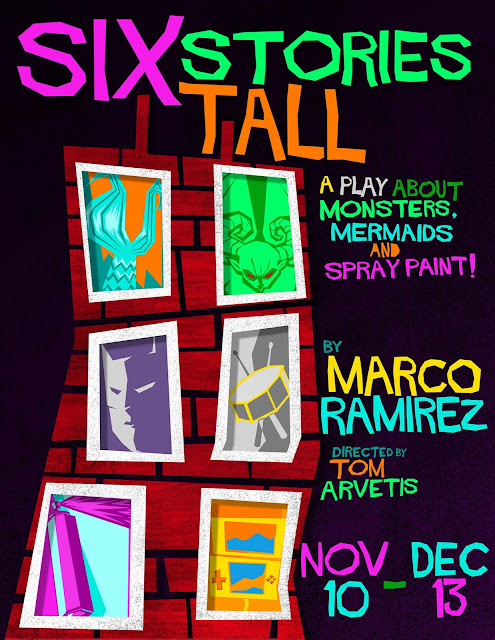 The first designs for this poster were nowhere in the ballpark of what you see above. It started out as a design inspired by Chris Van Allsburg, very soft and charcoal-ly. After a few back-and-forths with the art director I got the sense that it wasn't really what they had in mind, and just as we were getting it narrowed down to a workable state I asked myself 'What would Saul Bass do?' (a common practice for all who dabble in graphic design). With the latest tweaks of the first version, I sent over this very primitive version of the artwork: 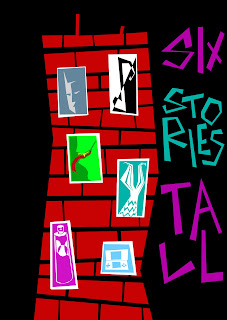 We scrapped a week's work and went in this direction, and it came together more naturally than the other ever would have. In the end they liked it enough to bring me back for another round, for their next production, Augusta and Noble.

This was a new play, only about three-quarters written when the deadlines were set and my first sketches came due. There was a lot a vague co-existence for the main character, a young girl illegally transplanted from Mexico to the United States as a baby, between a dream-like trance, where she spoke with a Coyote about where she really belonged. It's a beautifully written play (they finished it and I was able to read the final script) and I really regret not being able to see it performed.

After a few sketches (far fewer than last time - we had established a style), a nearly complete version of the artwork came out, and with a few tweaks, we arrived here: 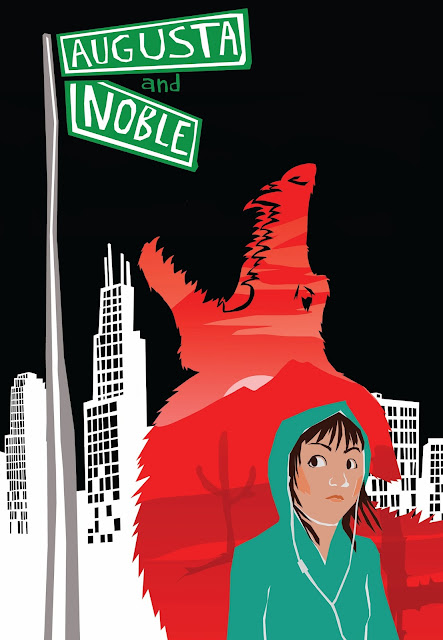 The night before printing, I was rendering a final copy and getting the last of the kinks straightened out, and sent along this more delicately textured version, which I guess didn't go over as well (last minute changes don't work with a voting group, what looks like watercolor painted textures to one person looks like like dodgy printing to another), but I still hold a fondness for. 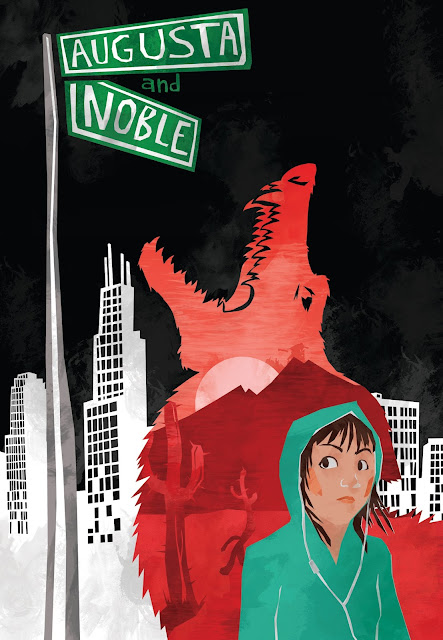 That catches us up to current as far as 'my career in the exciting world of poster design' goes. Thanks for reading!
Posted by benrum at 7:30 AM 4 comments: