The Spooky Time of Year 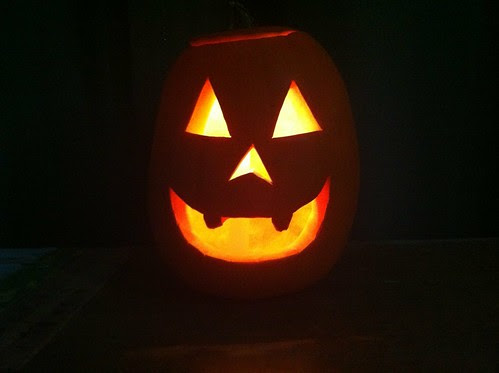 Oh, man... I love Hallowe'en. I love autumn in general, and I feel like Hallowe'en is the apotheosis of the falling season. In the lower midwest it always seemed to come too early, and it was many-a-year too darn warm for my elaborate (read:HOT) costumes. The years that we have spent so far in Chicago have granted us with reliably brisk Hallowe'en weekends, and I for one am grateful for it. I just can't seem to come up with a costume idea that doesn't leave me cooking ten minutes after dress-up time! 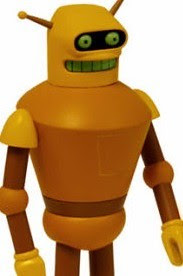 This year, before I could get down to working on (or even thinking about) mine, I had a few orders to fill. A couple in Canada has commissioned Futurama costumes from me two years running, and I couldn't be more happy to bring to life these characters that I know and love. Here are the source images I used for Calculon, the soap-opera-acting-bot, and Coilette, Bender's trans-gender, Olympic-sweeping persona. 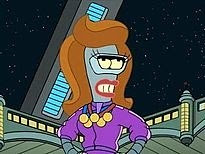 Last year, i was so tied up with other things, the fine couple up North didn't receive their precious costumes until the DAY OF the party to which they planned to wear them. I was determined to make amens for the stress from last year, and so, got a nice early start. I sent this sketch off after a few emails about dates and monies, and they came back with a resounding 'great! Get to work!' and so, I did! 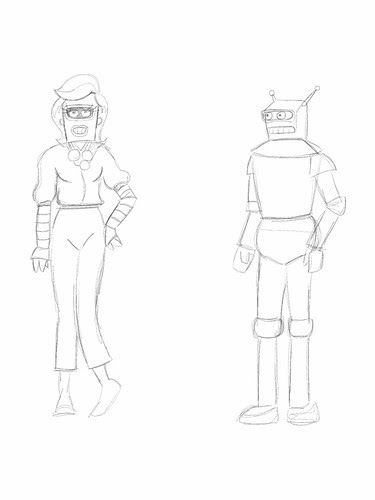 I started off in my comfort zone, the heads. Making a costume like this is a lot like making a "muppet style" puppet, which I have been doing since high school. I knocked these robo-helmets out in one night, then started on the bodies the next. 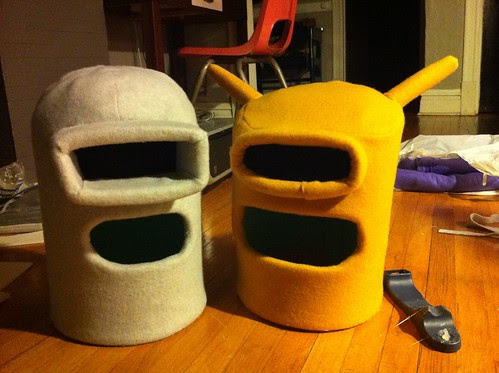 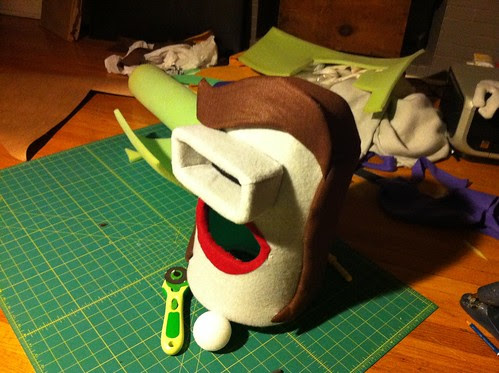 Long-story-short, here are the (nearly) finished costumes! These aren't the Canadians modeling, by the by... I couldn't afford to fly them in. Thanks to my lovely friends Patti and Josh for being the same size and shape as the clients, and for being available for a fitting on a Saturday morning! 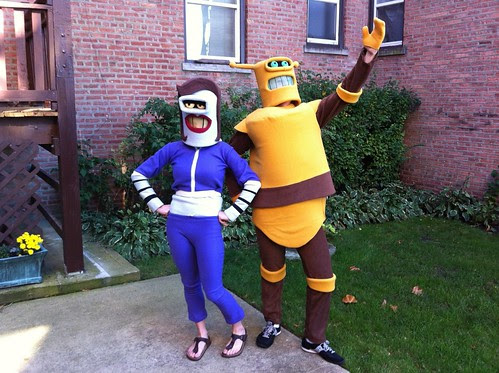 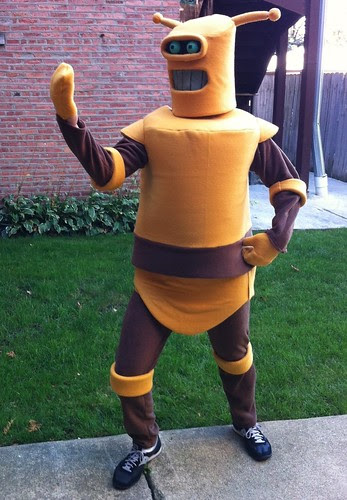 Now down to brass-tacks, as my father says (though I have no idea where such an expression started). Our Hallowe'en party was a smash, and our friends came through with amazing costumes, as usual. As mentioned above, I tend to stay warm in my costumes. I went as a monster this year. Everyone loves a good monster. 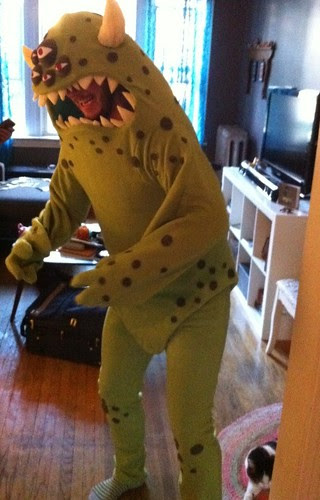 Martha and Mallory went as 'Cool Cats.' go ahead and say it, Martha looks exceedingly more cool than I, especially on the bus. Like that is anything new. C'mon. 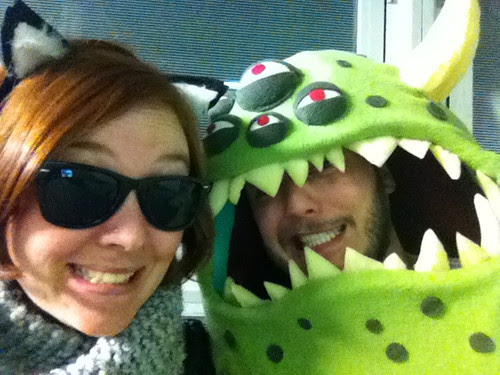 Amber hit a home-run as Marceline the Vampire Queen from Adventure Time (more on that later). I don't have a good shot, but her guitar, made by her shiny new husband Cary, was spectacularly crafted. Also, awesome sweater. Go Amber! Josh represented nerd-style as Nathan Drake, which was awesome, even if he didn't think so. If you've played any of the Uncharted games, you know how cool N to the D is. Josh was busy all week making Patti this awesome Sheera: Princess of Power costume. I had a Sheera doll, back when I was about four. There are some scarring memories involving my doll, a pair of scissors, my two older brothers and a ransom note. Let's move on. 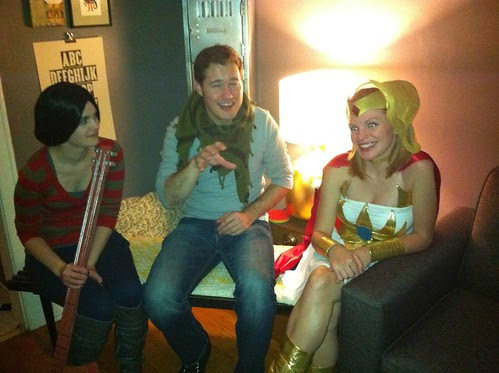 What a bad picture of Cary's awesome costume! I wish I had a better one, but this is what you get, people. He and Amber made a great pair, as, in case you didn't know, he is dressed as Finn, also from Adventure Time, which is great. Go, go to YouTube and then come back. 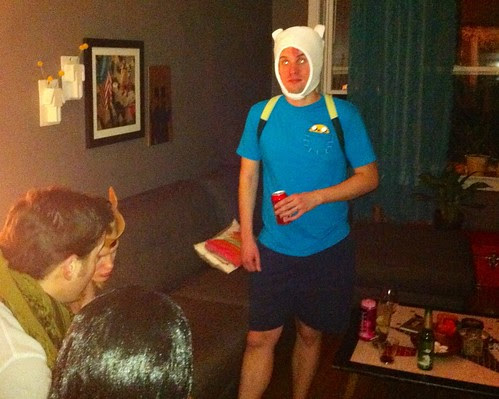 Aha! There's that other Cool Cat. So happy that Mal could make it all the way from Kansas, but we missed her fellow Geoff! Fist bump, Geoff! Medusa showed up, and I thank the gods that I only viewed her through a camera. I'm assuming Medusa has the same rules as a Basilisk... Anyone have the rule book handy? 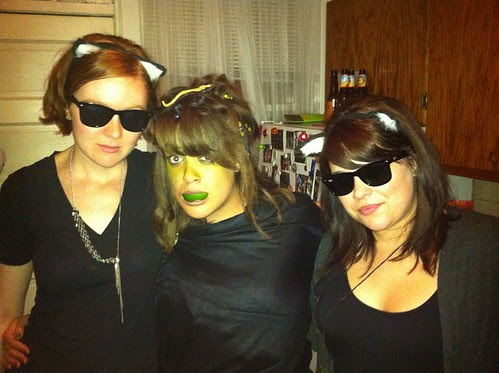 As the night wore on and the drinks got tossed back, my very sweaty costume kind of got around. This picture is too damn cute not to post. I think I'll have to loan it to Amber next year. 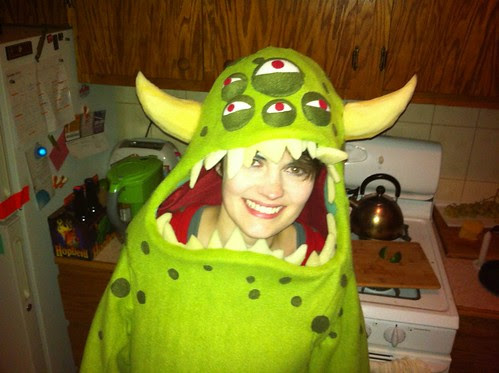 Then Colin got all fresh. Watch it, buddy... 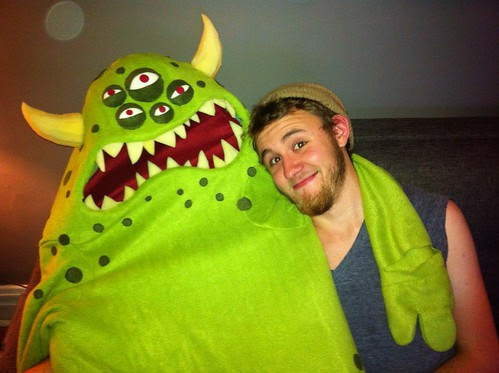 Smokie: NOT IMPRESSED. Also: PUT ME DOWN! 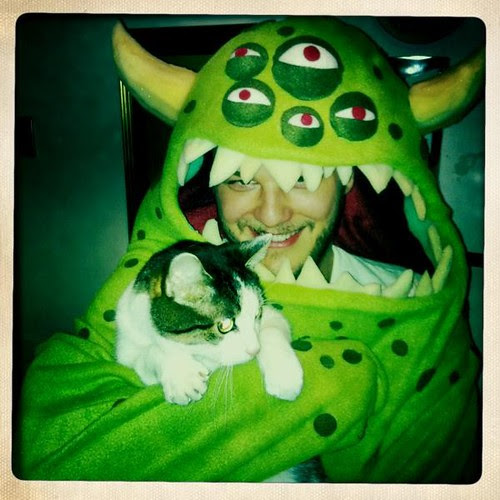 I was worried that if I wore it to preschool I would scare one of the kids. Clearly not a problem. In fact, all they wanted to do was beat the monster. Tiny fists... So many tiny fists... 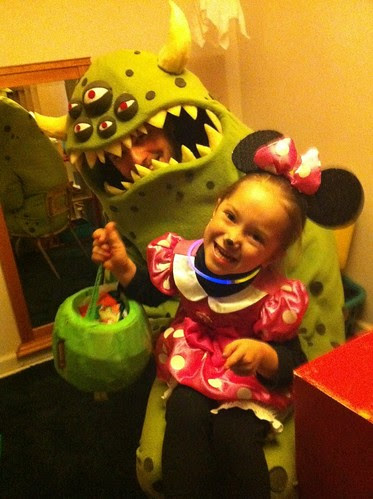 Thanks for reading! I hope you had as fun a holiday as we did!

Posted by benrum at 7:18 PM No comments: