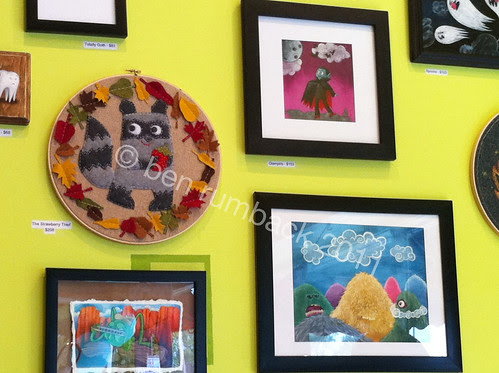 Man-o-man, i've been having the hardest time keeping this blog up lately. It seems so obvious an concept: write about a show, even a micro-show, BEFORE the show! That way people can come if they want to. To be fair, though, this one was out in the suburbs, and even though I only had about two weeks notice, quite a few of my lovely friends came out to say hi. Thanks to Martha and Rachael, Amber, Cary, John and everyone who came. Special thanks to my pal Kati, who set it up. 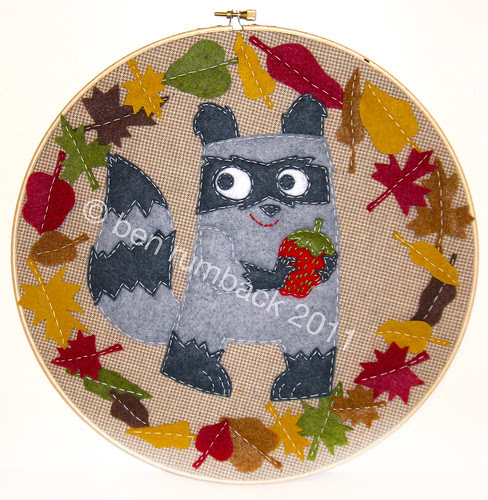 'The Strawberry Thief' is, for now, my favorite piece. I have been really feeling the autumn weather and color palette lately, and it lent itself to this piece with ease. While sewing (these things take time), I built a story around this one. I imagined that some unlucky farmer (or rabbit, or rabbit farmer) has been holding this strawberry all summer, keeping it watered and plump, and then, BAM! Sneaky raccoon for the win. Poor rabbit farmer. 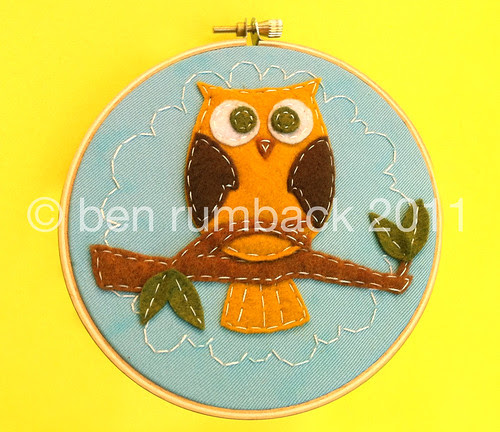 This little guy, which I impulsively titled 'Autumn Owl,' was finished about thirty minutes before the scheduled events started at Kustum Kribs in Park Ridge. They had their fall fashion show, in which one of my former students modeled with the gusto only a four year old can muster. When they asked me to produce some new work and add an art-show angle to the day, I jumped on the fall-themed band-wagon (or is it a hayrack at this point?). 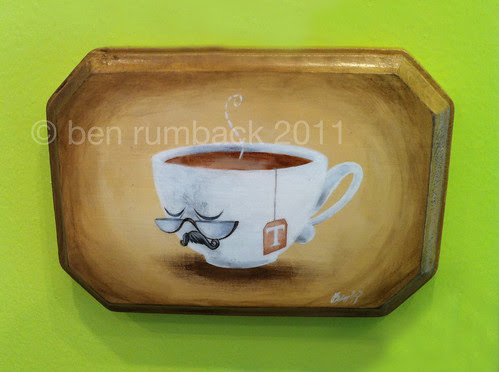 I bought some little wooden plaques at the craft store recently, and whipped up a few paintings on them for the show. I had planned to title this 'Pity the Fool,' but I figured the reference might be lost on the 'new mom' audience I was catering to. He ended up being called 'Sleepy Tea,' which works just as well, if not better. 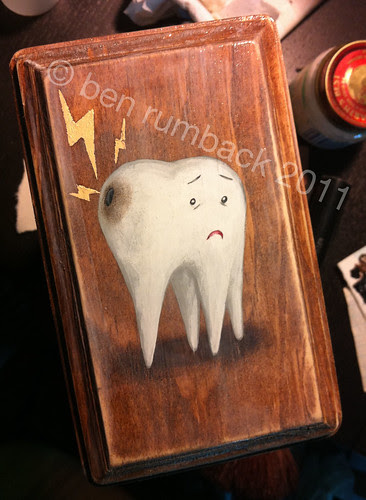 This little guy was simply called 'OW!' It's totally autobiographical, if you were wondering. Want to help my teeth?! Buy some art! 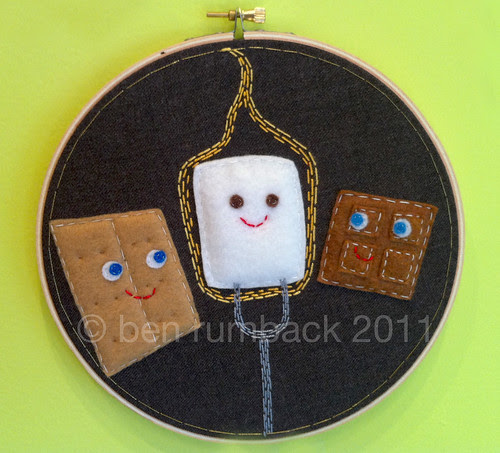 This is Martha's favorite thing I have ever made, I am pretty sure. That girl loves her some marshmallows. From the moment it crossed my mind, this title was permanent: 'The S'more the Merrier!' 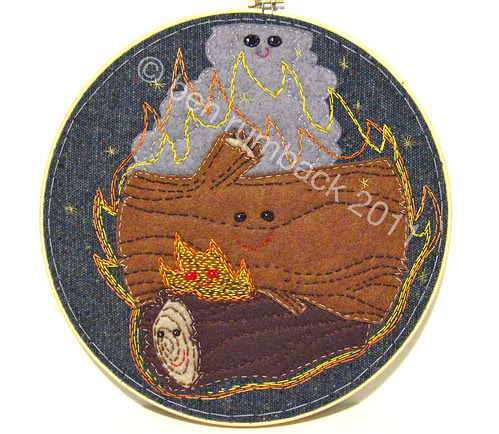 I know I just posted this one in my last writing, but I had to include it, as I feel it's a great companion piece to the 'S'more.' I rearranged the show a dozen times, but knew from the start that the S'mores had to be hung above the fire, no matter what else moved. 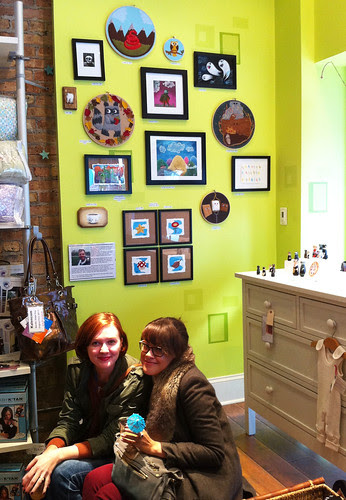 Martha and Rachael, my biggest fans, took a sit-down after the crowd thinned out a little. Midday champagne and wine left us all feeling a little wimpy as the day tilted into evening. We took the Metra back into town, grabbed some food and took in an easy evening at home. The show was a lot of fun, and I really appreciate everyone who was able to make it and stopped to chat with me. Thanks for reading!

Posted by benrum at 8:13 PM No comments: