Sometimes, You Gotta Spoil Yourself

In this particular case, the spoiling came in the form of an ipad 2, and was justified in that I honestly believed (fingers crossed) that it could be used as a completely portable art-making interface! At the very least, it could serve as a color sketchbook with one sketchbook forever, and one pen forever. It's been two weeks, and the results are, so far, promising. The hitch in the ipad-as-an-art-kit get-up is the lack of a perfect arts app that covers all bases. As of this writing, I have to spread most of my projects over three, with separate but equal strengths and drawbacks. 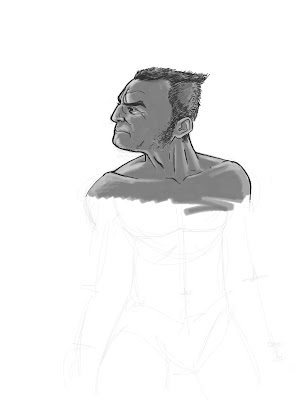 The first one I picked up, and the most popular among the online artists I stalked to get opinions, is Sketchbook Pro by autodesk inc. It costs $6.99, supports up to six layers, has a seriously great UI, featuring multi-finger swipes and commands that really speed up the menu-juggling that comes with any toolbox as robust as that featured by SBP. Wolverine up above was sketched, inked and colored as separate layers in SBP, in about half an hour. Down below is the 'painted' layer of a carrot car concept, clearly unfinished, but it nicely illustrates the ability of SBP to emulate paint and brush strokes in a really nice way. 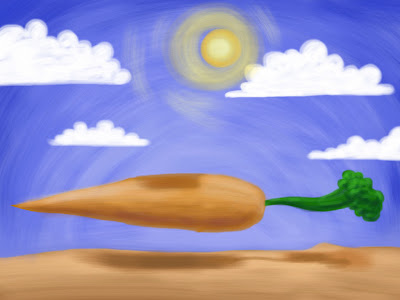 Next up is Adobe Ideas, by, er, Adobe. The big benefits here are that it's FREE (!), but you have to pay a fiver to utilize layers, which is kind of a must. The bread and butter of this one is that it is vector based, which means, while you can't do any blending or gradients in this one, it makes GORGEOUS lines, which have no fixed resolution, and you can export to your main computer as a .psd with layers intact.
To be fair, al of the three programs mentioned here can export in a variety of formats, most usefully .psd.
Adobe's got something of a learning curve, and far less features than either Art Studio or Sketchbook, but for boundless resolution of line work, it can be pretty valuable for the artist working on the go. See the carrot-car inks below for an example of what Adobe Ideas can do.

Not surprisingly, Adobe (finally) came out last week and demoed a (mostly) full-fledged ipad-friendly version of photoshop. What they DIDN'T tell us is when it comes out and how many dollars we'll have to fork over once it drops. For the time being, and for just a few bucks, photoshop-friendlies can make due with the admittedly unattractive UI of Art Studio. From app icon to the static loading image to the font they chose for the title screen, this app is goofy looking. The icons for each tool don't give up their names, even when hovered over, and the icons themselves often don't convey clearly what the tool will do. It is my opinion that a user unfamiliar with photoshop, it's tools and it's menu system, might feel lost in Art Studio.
All design complaints aside, of the three apps I've been using, it is easily the deepest and most usable of the three. You just have to get past the design and learning curve. Check out my version of Rooster below. 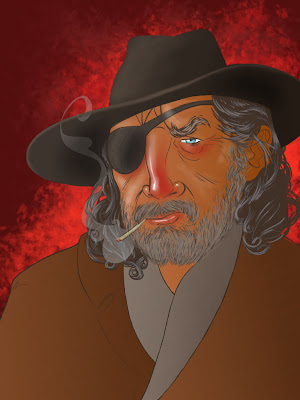 It's my proudest and most finished ipad-artwork, and, after the initial sketch (which I did in Sketchbook and then imported into Art Studio) made completely on ipad, in Art Studio. It's a great program, it's $2.99, and offers the highest resolution available of the resolution-based apps I'm familiar with.
High five, ART STUDIO! Now let's get an update and fix that user interface!
Once I got my hands on the apps, the stylus (Targus brand, available everywhere, and the best thing until Wacom steps up and makes a REAL stylus) and, of course, the ipad itself, all I needed was a good case. I can't be trusted with anything fragile, and this thing has a big glass pane on the front, and lots of fragile little computers living inside. I scoured ebay, amazon and etsy, and found a lot of cool cases, sleeves and binder-type housings, but nothing that really struck me. THEN I remembered the amazing work of my friend Teressa, of the blog and ETSY shop, Food, Fabric and Paper. And in less than a week, with almost no notice, look at what she came up with! 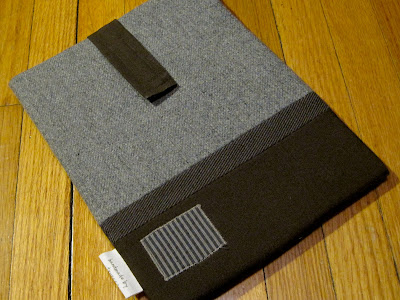 My only request was "muted colors, preferably grey wool." What a gal - and just look at how well it fits! Tessa went online and got the exact apple measurements, mocked up a foam-core... mock-up... and made a case that fits like a glove. 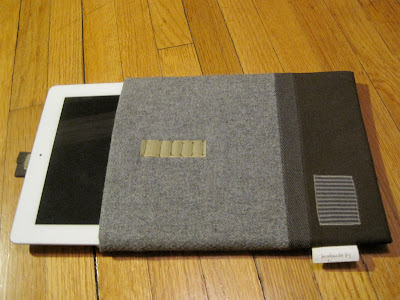 She even has adorable custom tags... in her own handwriting! 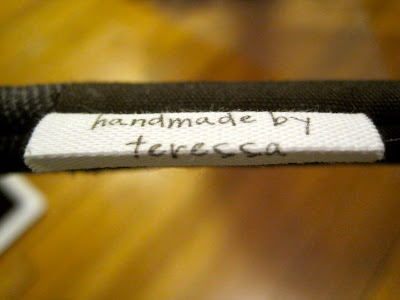 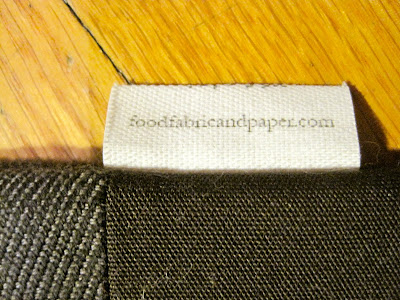 Thanks, Tessa, for keeping my big, clumsy self from breaking my new toy. Er, work device. Art tool. Um... video game/internet/drawing/whatever thingy. It's totally justified, right?
Posted by benrum at 9:14 PM No comments: