All Hallow's Eve ( the there-abouts)

It's gotten to the best time of year for me. I ride my bike whenever I can, and anyone who has ever set foot in Chicago knows the joys and pains of the CTA, which is why, although if just for general mood, springtime rules, it's wet enough to be considered generally unreliable. Summer is grand, but I've always argued cold over hot weather, as you can always put on another sweater, but once your naked, that's as cool as it gets. I am so much more a fan of autumnal attire (read: layers).
Also, as if I almost forgot, HALLOWE'EN! It truly is the MOST wonderful time of the year. Dark beer, the start of pie season, two to three shirts on any given day. All that and this bag of chips: it's the only holiday that TRULY hinges on arts and crafts, and how good you are with a glue gun or sewing machine. Which, if you are like me, is a lot more gratifying than throwing down in basketball or a push-up competition, or, you know, ANYTHING MASCULINE. Here are the things I had the pleasure of making this year!
First up: The Canadians! 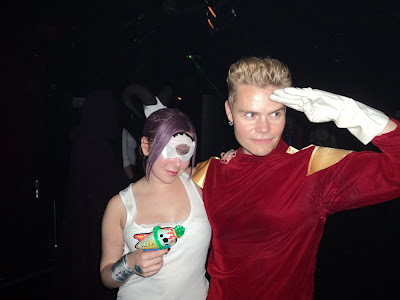 I got an email via my ETSY shop, and took the commission because, one: flattery and an inflated sense of self-importance (INTERNATIONAL FAME). Two: The order itself... I love Futurama. It never gets old. 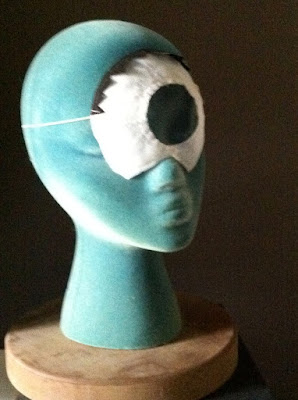 I made Leela's eye and armband, and Zap's whole costume. I sent some boot covers that they ended up not using, because even laced up tight, they were too loose. 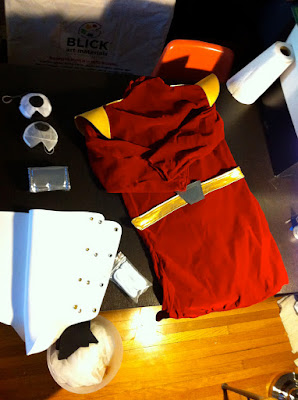 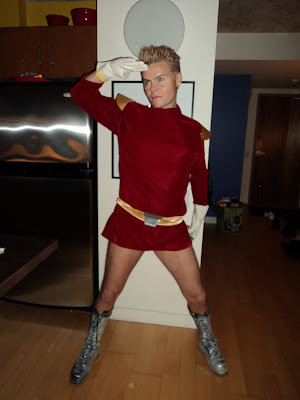 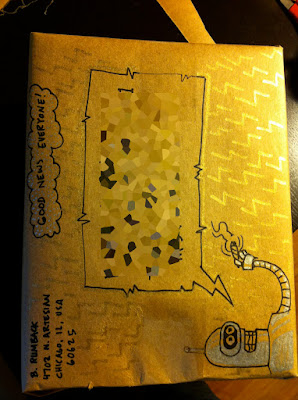 I spent a little time tarting up their package, to make it more exciting.
Martha had some words with me over the excess of red velour fluff floating around the innards of her sewing machine after this one, but she had no IDEA what I was going to put that thing through once I started on my costume!
Which brings us to Sesame Street! Or, more accurately, the Muppets in general. 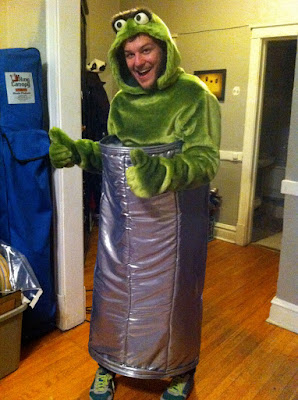 I went with Oscar after thinking on which much-loved Sesame Street resident was both aweomely cool, and wearable. My first thoughts were on Grover, then SUPER Grover, but I moved away from it on the realization that most of Grover's charm lay in his round head and thin, flailing arms. Same deal with Kermit. I knew it's have to be a muppet with 'fat hands,' and I always was a little afraid/intrigued by Oscar, the only homeless on sesame Street. So I went for it, and it was great. So many people thought I was Kermit, though. Maybe Kermit fallen on hard times? I htink it was just because I was rolling with Martha. 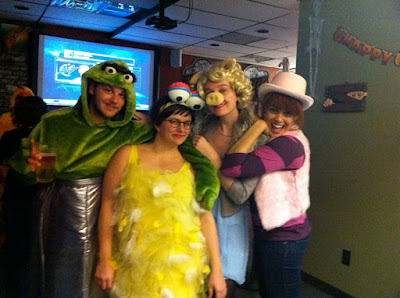 Martha, here in Piggy guise, whose original plan was (awesomely) to be the always distinguished Ms Piggy, as Tippy Hedron from the Birds (one of Martha's favorite movies). The concept was eventually scrapped due to time and investment. She made a great pig! Don't tell her I said that... wah-wah.
From left to right you have Me as Oscar, Mary as Big Bird (brilliant), Martha as the ham, and the always fantastic Rachael as Dr. Teeth, magistrate and leader of The Electric Mayhem!
Before Hallowe'en, heck, before Renegade, my oft-mentioned pal Heather put in an order for some adorable little peg people of her and her wife, Tina, her parents, and her sister and the sister's husband. 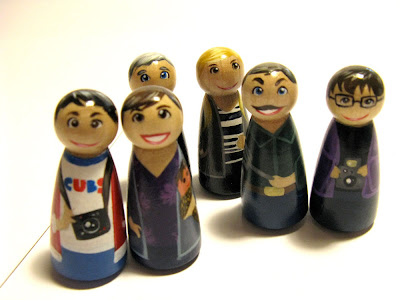 They turned out totally cute, and she reported family wide swooning over my tiny brushwork. They stand two inches high, and each has a personal accessory on display to add a little personality. 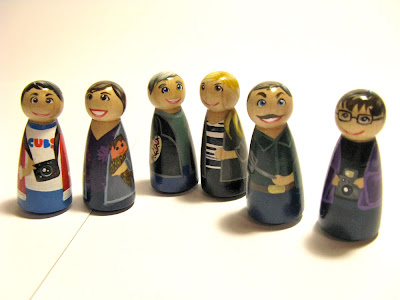 Beyond that, I shipped both Bender and Calculon off to the state of Washington after letting them both out about six inches, took the job to make some theater posters for a troop here, and started talks with a puppet show in it's infancy. I like making puppets, so we'll see where that goes.
here are some bonus photos from our Hallowe'en party and outing. Our friends rule at costumes! 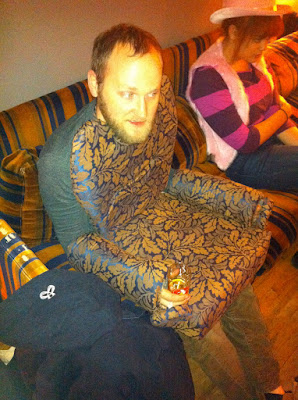 The talented and hilarious Stephen stole the show as a chair. To really experience it, you had to see him transform from 'guy hanging out', to 'chair'. It was, like Stephen himself, a beautiful thing to behold. 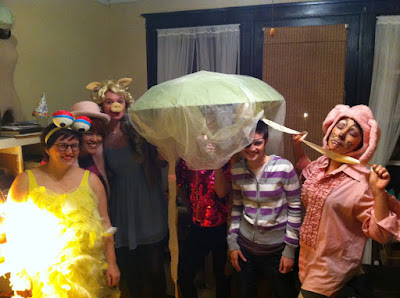 The ladies of the partay. Jenna (with the umbrella) was a wonderful jelly-fish, and like her counterpart Stephen, so much better in motion. She really made that thing swim, Also, LED's, and greatness. 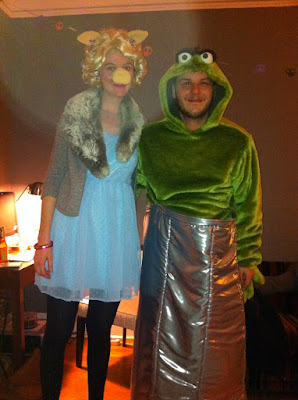 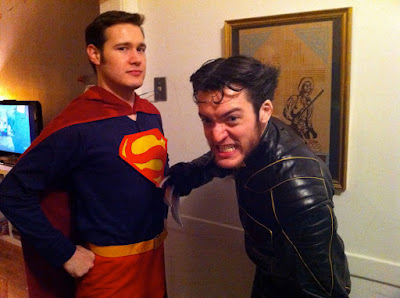 There was almost an epic battle of history-bending proportions, but they chilled out and high-fived instead. Thank the jeez - I don't think our renter's insurance covers epic battles. Great costumes.
Oh! And I updated my ETSY shop with abunch of new and semi-new things for sale, so check it out if you're short on gifting ideas. Only forty-three shopping days left!
To close - a little something for the ladies! 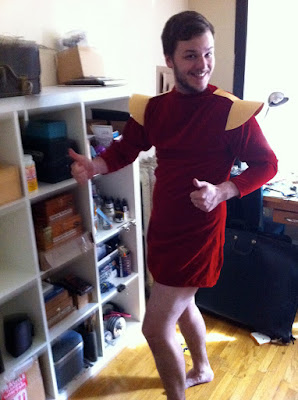