Stamping My Heart Out 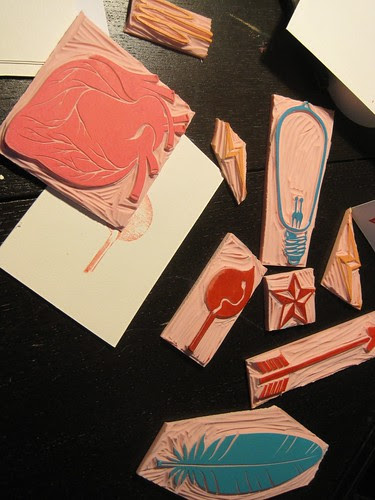 I fully intended to send you all a Holiday card this past December, and if you didn't receive one, it's only because I didn't make any. Honesty is the best policy, and in this case, the truth is, I failed to find the time between other projects and commitments. I bought the supplies to make a linoleum stamp and prints some cool-looking cards, but I didn't have the time to learn the skill until mid January, and by then it was too late. What's a guy to do? Valentines, of course! 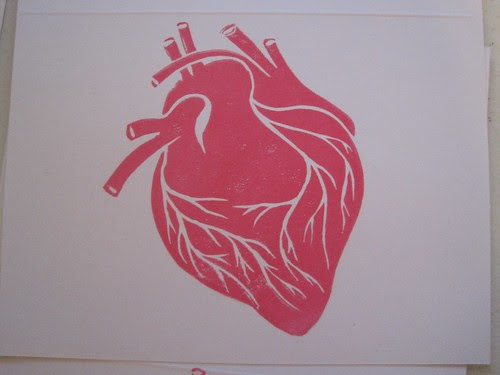 So I sat down about a week-and-a-half ago and got drawing. I came up with three or four clever designs, which I paired with sappy, silly messages, then dug out my carving kit and blocks. A few days later, I had carved out four stamps. 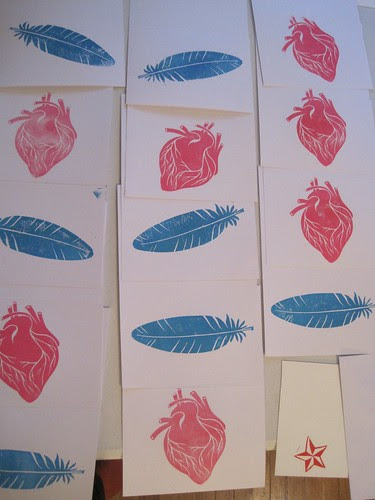 This heart is the result of my first and most obvious idea. I always enjoy it when artists and designers use an anatomical heart in place of a traditional cartoon heart. I started with a hard linolium block mounted on wood, but found that I could get superior detail (and results) with the pink speedy-carve blocks. They are softer rubber and, for me, much easier to cut. The first heart was a little rugged for my tastes, but I really like the second one (pictured), which is a nice meeting between anatomical and cartoony. 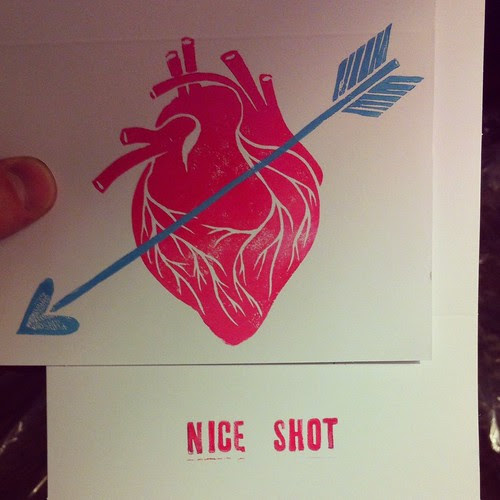 It took me about five minutes carving (the arrow) and two seconds of thought to finish this design up. This is by far the most distinctly 'Valentiney' of the designs - I feel like the others will be okay to use all year round. 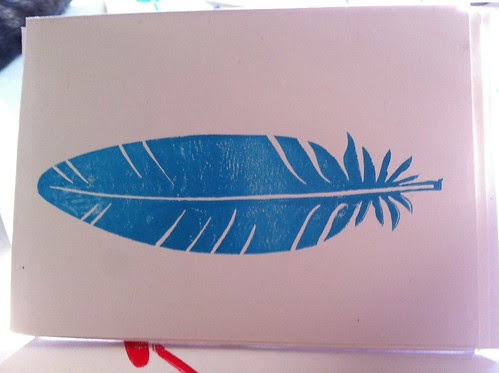 This was my second idea and second stamp. On the inside it reads "YOU TICKLE ME." Har-dee-har. 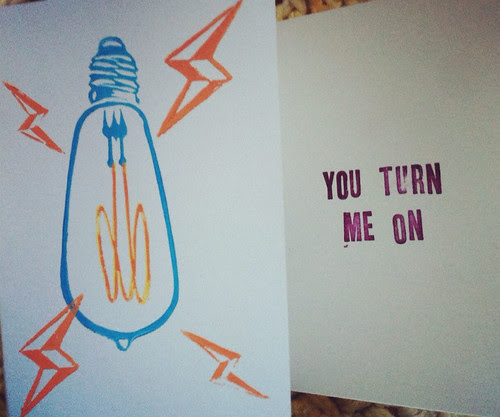 The original caption for this one was going to be "you brighten my day," but the brilliant and beautiful Martha took one look and said, "Nope, it's got to be 'you turn me on.'" Needless to say, she was right. 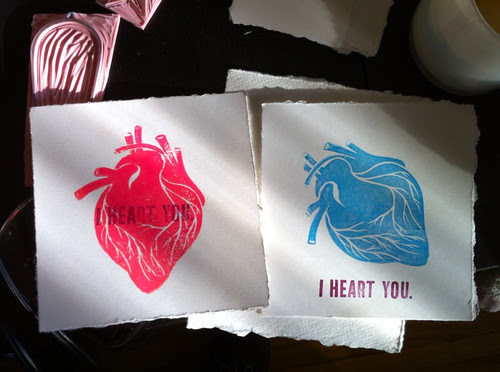 These hearts were test prints on watercolor paper, but I captioned them as an experiment. I think they could work as 'postcard style' greeting cards. 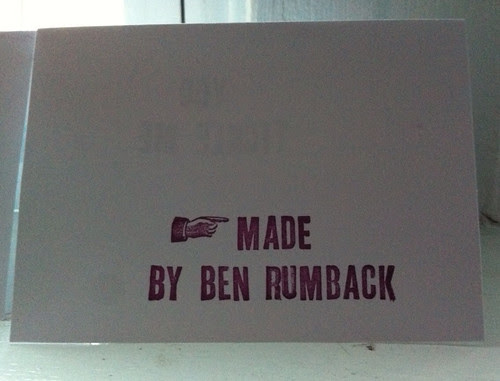 After a bit of fooling with the words, I came up with this as my brand stamp. It's supposed to read "(hand) made by..." but I think it still works if people don't see the hand as the word hand. That sentence is a mess. originally I had it as "made by (hand) by Ben Rumback,' but without reading the (hand) it was easy to read 'made by by Ben Rumback,' which made me sound stuttery. 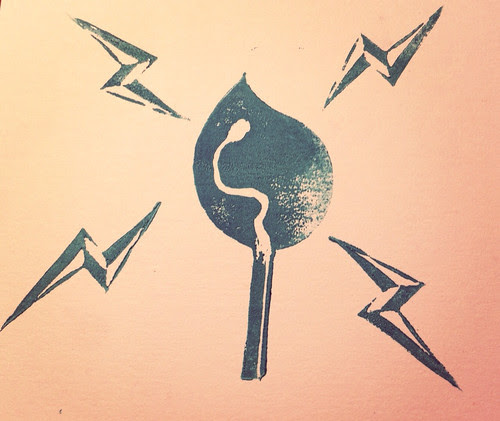 this last one was just something I made while practicing carving and stamping. It has no message counterpart, but I liked the look of it. These cards and maybe more will be on sale soon at Green Genes in Chicago, and in my ETSY shop!