Here are a few quick things I had the pleasure of crafting over the last month. The first was a quick pen and watercolor sketch of our cat Smokie. It was a birthday card for my friend Simone, who was turning four. 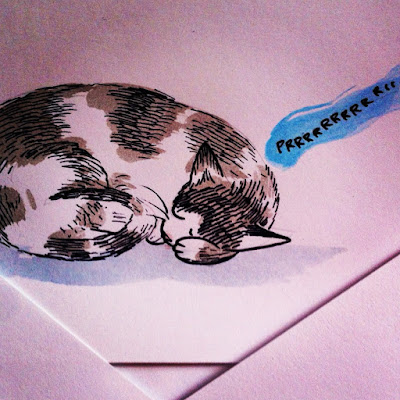 The next was a little more complicated. Robert, who is a long-time-friend of Heather, of Green Genes, both of which I've mentioned before. He saw her family dolls I made, and commissioned a set of he, his husband Trace and their adorable doggy, Kino. Too cute. Thanks Robert! 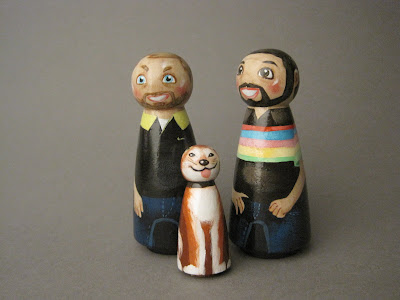 Posted by benrum at 3:50 PM No comments: 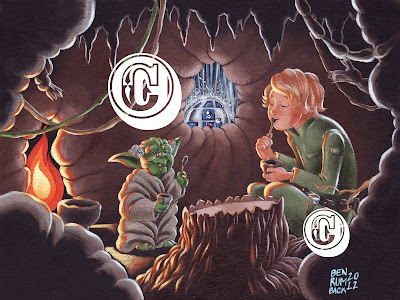 One of my favorite scenes in all of Star Wars is the quiet, goofy exchange between Mark Hamill and Frank Oz when they first meet on Degobah. It's so fast and silly, with Yoda giving Luke the run around, it's such a clever defense. He's been in solitude, hiding all these years, and when someone finally shows up looking for the greatest of the Jedi, he plays it cool, and acts like a back-wood weirdo until he is sure he can trust the invader. Awesome.
So, in preparation for C2E2... oh, did I not mention that I get to show and sell at C2E2?! Yeah, that's awesome and scary and exciting and intimidating, and my first Artist's Alley. So, in preparation, I'm trying to make two or three new paintings that I can show off and sell prints and original artwork. This, currently without title, is the first! Here's how it happened. 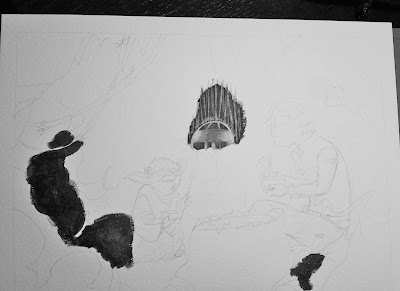 After a few sketches (made while the scene played on a nearby monitor) I found the moment I wanted to work with. I love that Luke, even though annoyed and impatient, happily eats whatever weird soup Yoda is cooking up. I went with that, and composed a shot of Luke and Yoda having a little dinner party in his tiny mud hut. Like most of my scenes, it's one that never actually happens in the movie/book/whatever I am borrowing from. 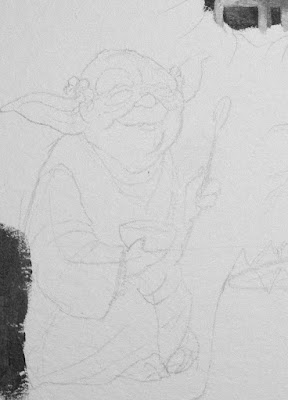 'Why yes, that is worm! A refined palette, you possess.' 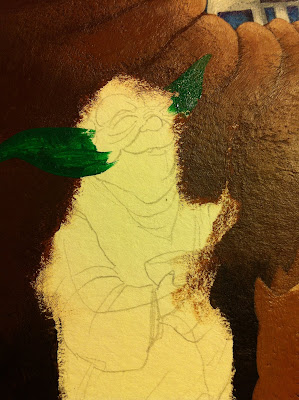 One of the hurdles of working in acrylic (or anything but watercolor), is covering up your drawing. I got around this by printing a copy of my original drawing, allowing me to cover things up without risking losing the details in the layers of paint. 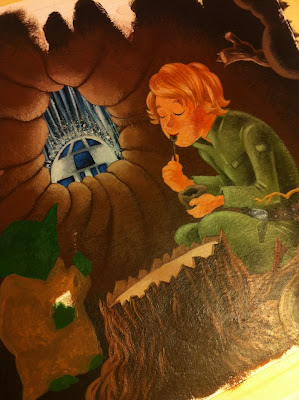 I built up the background and sort of half-painted Artoo, before getting eager and moving on to the two diners. It takes a few layers of paint to completely quiet the white of the illustration board, especially with the light colors of cheap paint. I must have painted over Luke's hair five or six times before I was happy with it. 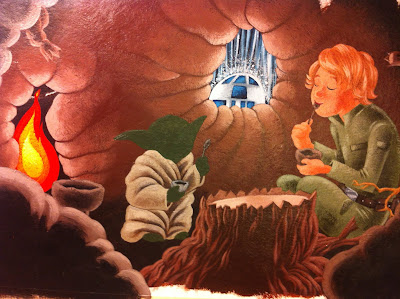 Yoda's robe and Luke's clothes called for a dry brush technique that is particularly stressful, as each stroke has to be just right, or I have to wipe it out (if I am quick enough to catch it still soft) and start fresh on the flat olive color. Below is a diagram I made to plan out the dark and light areas. I was sweating. I'm no Charley Harper - that dude made it look easy. 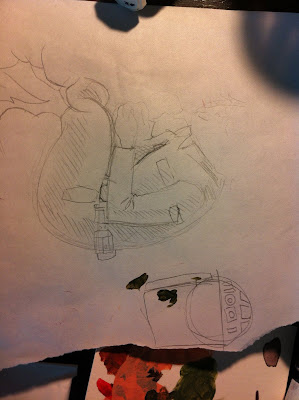 Here is a similar diagram (hiding under some scratch work) of Yoda's face. I'm used to working freely with line, so using the dark and light areas to make edges, rather than just using a line, was tough... but it worked! 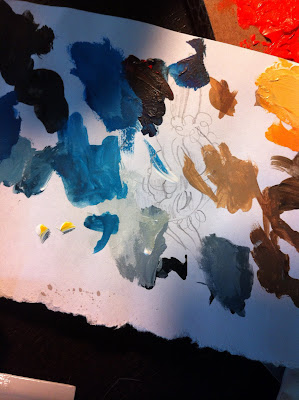 Once the little green dude had a face and was looking appropriately weird, I knew I only had about two steps left (on the plan, anyway). 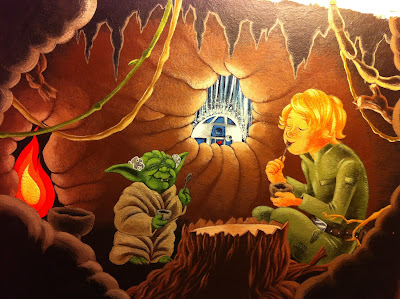 This painting was half-inspired by one of my favorite Amanda Visell paintings ever, Boozin' under the Tracks, which I recreated about a year ago for practice in acrylic technique. I love how she handles light and dark, and wanted to try my hand at it without being a total rip-off artist. 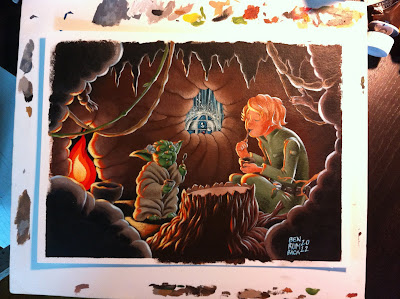 I dropped in bright orange on every 'edge' that would catch fire light, followed that with a medium yellow, then a bright yellow, and countered the warm with a cool blue moonlight on opposing edges that would be getting a little light from the rainy night outside. I know, I know, no moon in a rain storm, but I like the contrast. I love the end result, and hope you do, too. Prints will be available at C2E2 April 13-15 in Chicago, and soon there-after in my ETSY shop!
Posted by benrum at 3:39 PM 1 comment: